For decades, upstate New York has been synonymous with food, with tens of thousands of farms and a nearly equal number of restaurants operating across the state. But the region’s intense interest in food has not yet translated into major entrepreneurial activity, with startup founders still preferring to launch their agrifood-related companies in New York City and Boston.

Venture capitalists put $344 million into New York-based agrifood startups in 2017, ranking the state third in total dollars raised, behind Massachusetts ($817 million) and California ($2.2 billion), according to the latest data from AgFunder.

Upstate New York is arguably one of the nation’s best product testbeds for agrifood startups: It’s home to 35,500 farms, collectively operating on 7.2 million acres statewide. It’s the nation’s fourth-largest producer of milk. Farmers here grow and sell $500 million worth of hay each year, $343 million in apples, $300 million in corn and nearly $111 million in soybeans.

Downstream, the state is home to nearly 45,000& restaurants, which collectively sold $43.3 billion worth of food last year.

Being within driving distance of her customers is one of the big reasons why Bethany Deshpande decided to build her milk quality startup, SomaDetect, in Buffalo, rather than Silicon Valley or New York City. It’s a similar story at Ithaca-based Farther Farms, whose founders met at Cornell University and say they’re staying in Ithaca to lean on Cornell’s extensive agtech network. 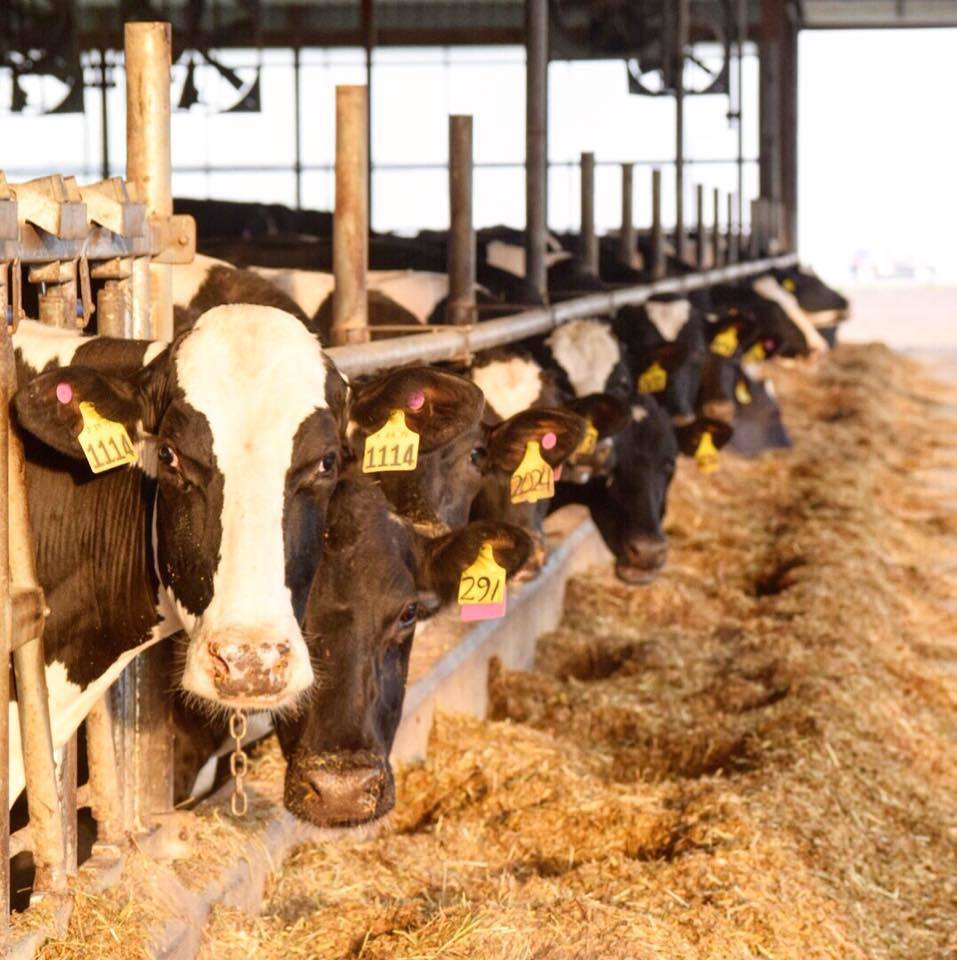 Agrifood startups everywhere have the added, universal challenge of figuring out how to efficiently sell to their customer–scattered groups of mom-and-pop farms and restaurants that operate on razor-thin margins.

Investors in the space envision a world in the not-too-distant future where farmers use autonomous equipment, drones and optical AI systems to largely automate food production. New marketplaces, like Farmers Business Network, will help farmers share information and collectively negotiate for better prices. Closer to the plate, new semi-autonomous restaurant concepts, like Zume Pizza, and grocery delivery services like Instacart promise to speed up people’s access to fresh food.

“On a macro basis, there’s an incredible amount of global demand for food,” Chattopadhyay said. “Farmers are feeling the strain. They’re not just serving their local constituents, their business is global.”

Armory Square Ventures backed New York-based farming data startup Agronomic Technology, which analyzes weather and soil data to tell farmers how much fertilizer to use at any given point in the year. The startup raised $2.7 million in venture capital and was acquired last year by Norwegian fertilizer giant Yara. 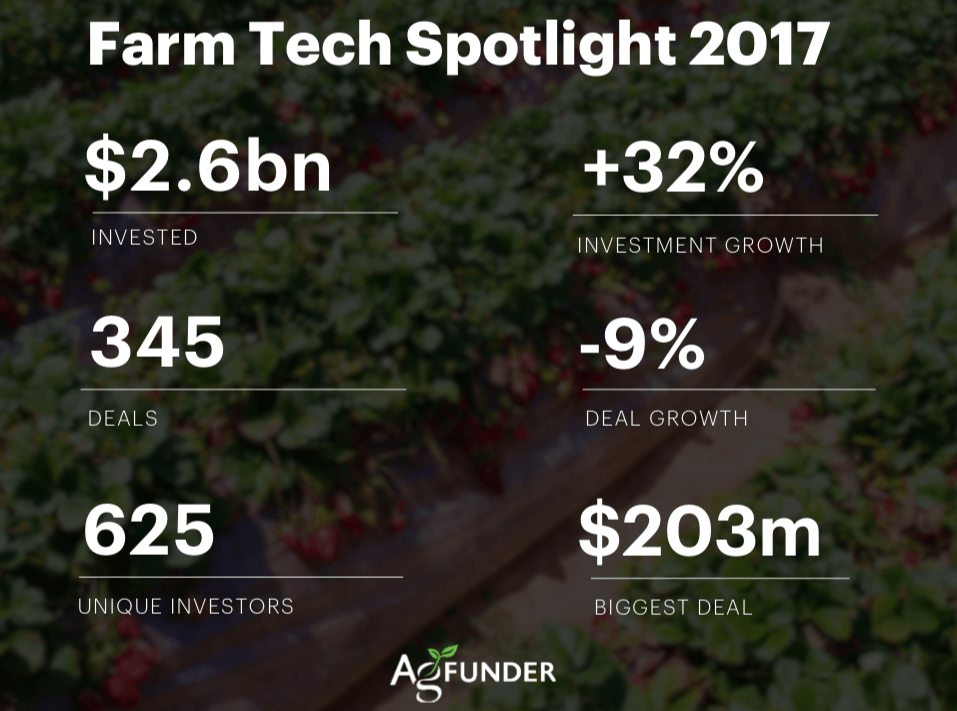 Armory Square Ventures is focused on agrifood startups that have a viable sales strategy, Chattopadhyay said. “What would really get us excited today would be an entrepreneur who has successfully created a technology that is not only interesting to farmers and retailers, but has a quick path to monetization,” he said. “Many mom-and-pop farms are growing one or two crops, and as an entrepreneur, it’s a very fragmented market. One of the challenges is, can the entrepreneur find a model that the customer pays for directly, or a technology that could be sold as a point solution?” 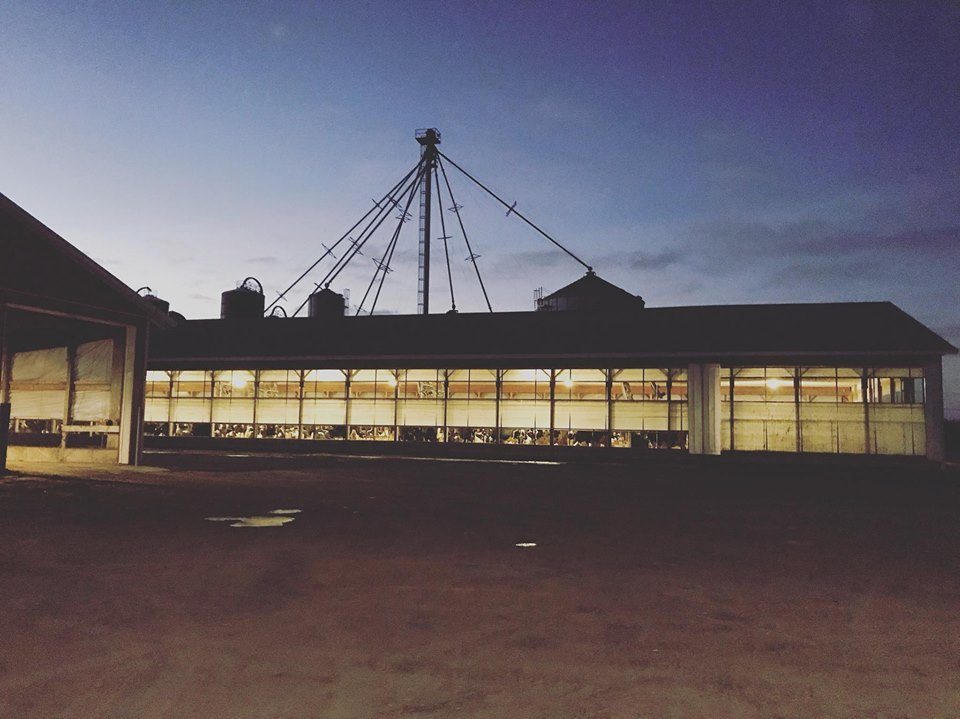 Of the $344 million investors put into New York-based agrifood startups last year, $180.5 million went to just six startups, all of which were based in New York City, AgFunder estimates:

On September 26, 2018 near Syracuse, Upstate Capital is hosting The Future of Food, an event to highlight food and agtech innovation in Upstate New York. The event will include startup pitches for new products, services and companies, conversations with CEOs and investors who focus on food, agriculture and tech, and tours of working mid-sized dairy operation.